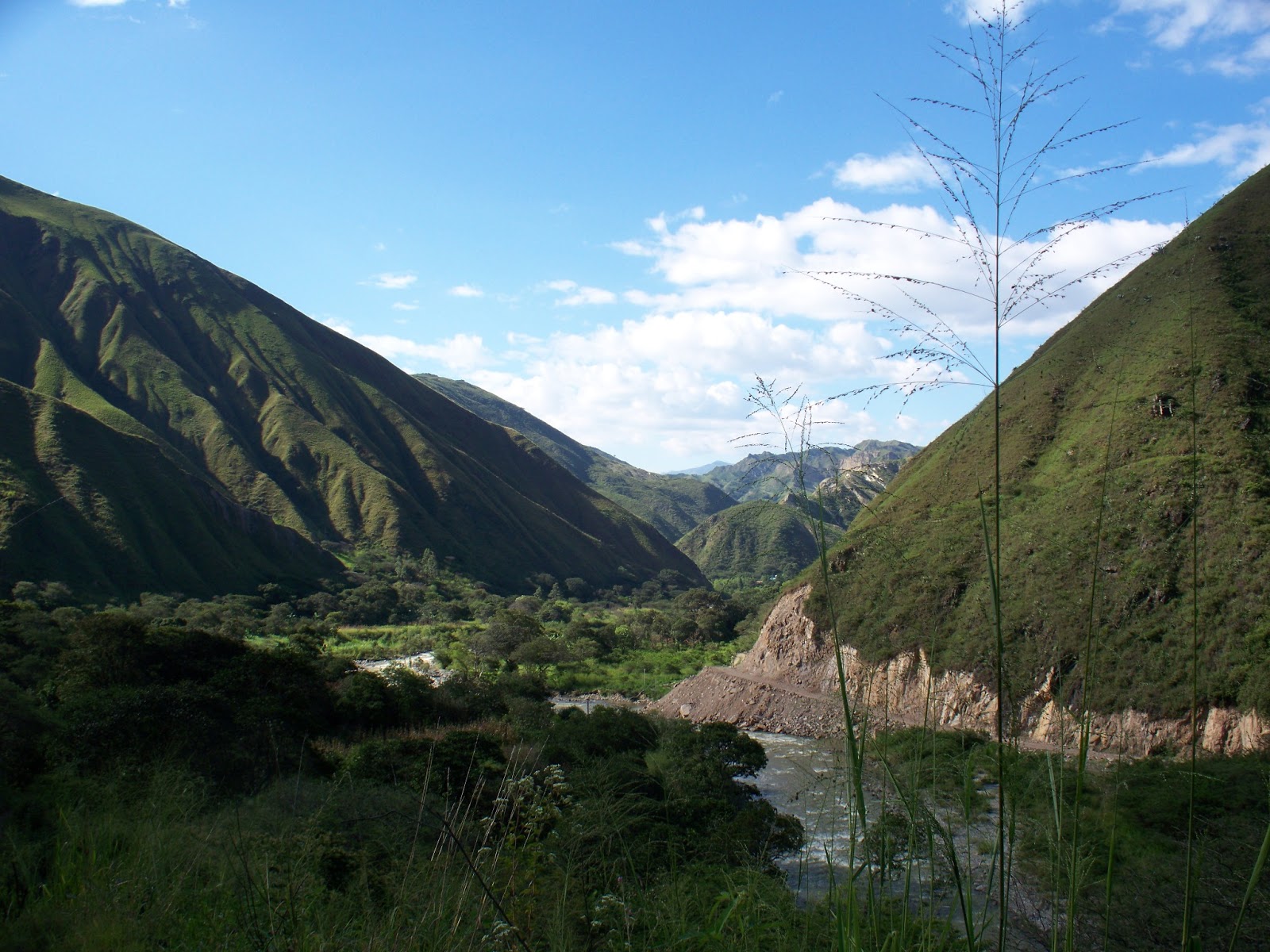 Today I traveled from Otavalo to Vilcabamba (approximately 16 hours total) and arrived at night to Ecuador's hub of longevity and prosperity. My goals in Vilcabamba are to understand why the people in this area are known for their longevity and to visit an organic farm in the area that may help me determine the sustainability of their efforts. During the trip I watched the rocky mountains to the north become lush valleys and fertile, more call mountainous regions as I headed south. The city smog became a low-lying mist over rich, black dirty. As the altitude dropped the temperature rose and the breath-ability of the air become much easier. By the time I arrived the town was at rest and I was ready to do the same.
Day 1 bus trip: I was not prepared for the chaotic trip. I had to take 4 bus rides: Otavalo to Quito, Quito to Cuenca, Cuenca to Loja, and Loja to Vilcabamba. The trip only costed me $18 but I was forced to deal with vendors, magicians, singers, and beggers all of whom ended by passing the rows with there hands out for donations. This made it difficult to sleep. The most difficult aspect of the ride, however, was rattling in every direction as the bus drivers hurdled up and down windy, sloped hills. Bathroom breaks provided temporary relief. My boyfriend, who was with me for the first half of the trip, tends to get car sick. I do not recommend this trip (nor any other in Ecuador) to those who cannot handle motion sickness. 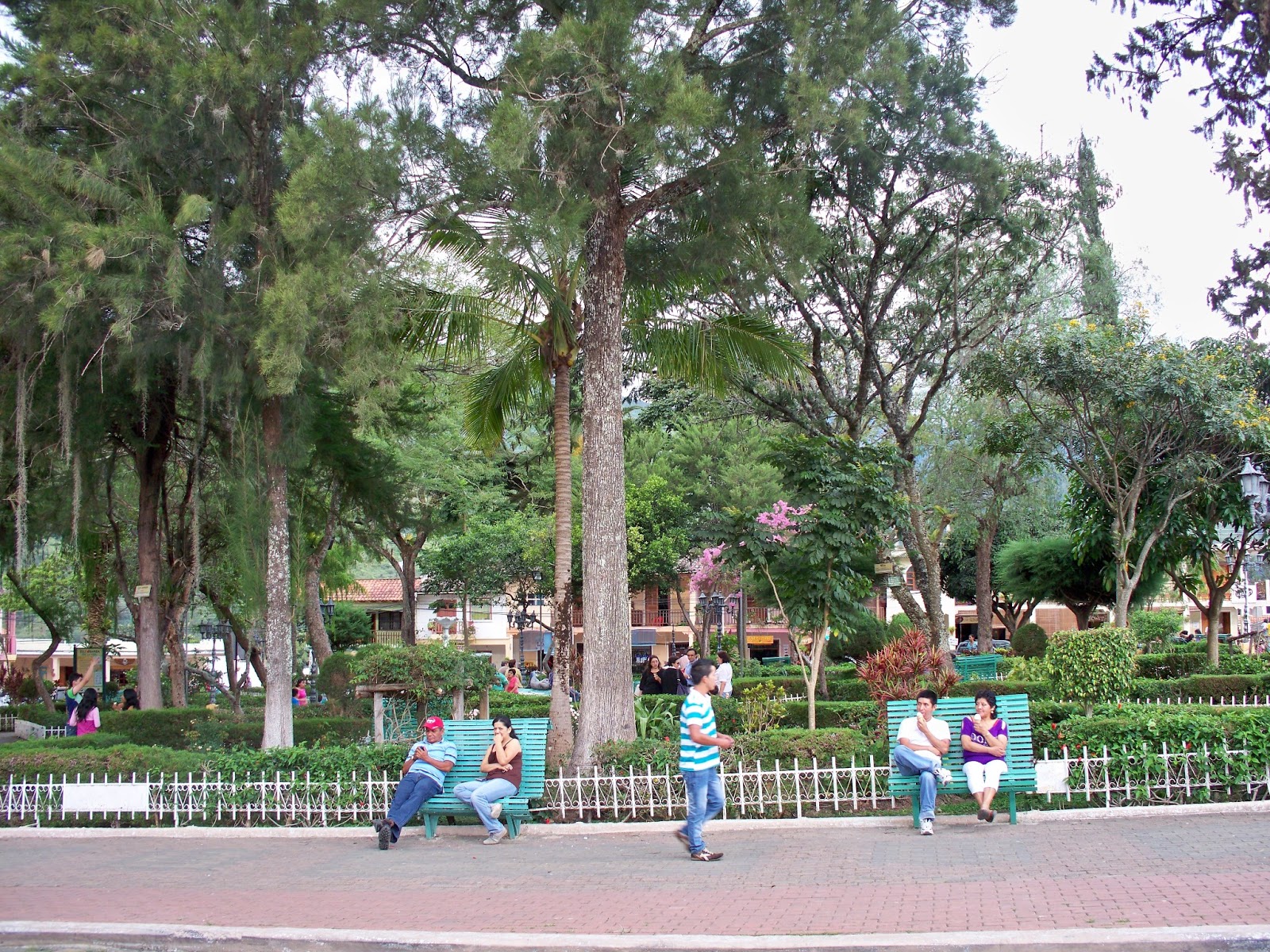 In the morning I woke up and walked to the central plaza in Vilcabamba and got to see people populate the common areas. I was not used to seeing such large trees of odd varieties. In northern Ecuador the large majority of trees are Eucalyptus due to reforestation interests. I have not seen one Eucalyptus tree here; I imagine they are not native to the area. The massive arbors are oddly placed in the humble, quite town.

As dawn turned to mid-morning, more people populated the streets and one restaurant/cafe become densely populated. The Juice Factory seems the place to be for breakfast. It's organic, freshly-made juices were the hot item on the menu accompanied by green smoothies, seed breads, raw treats, and homemade dishes. The restaurant is family-owned and the servers speak perfect English. The nutritious foods come with a price but all ingredients were listed. 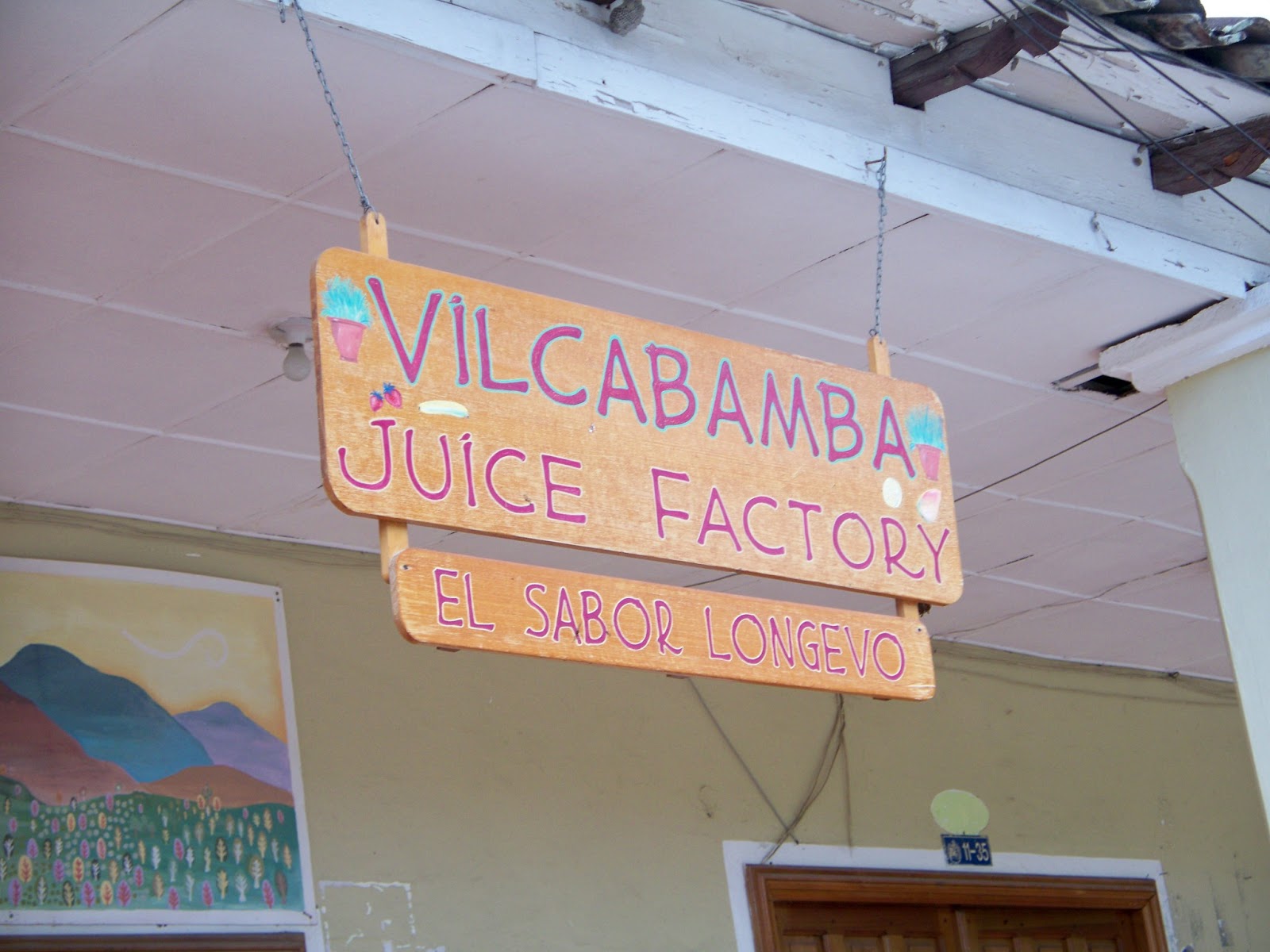 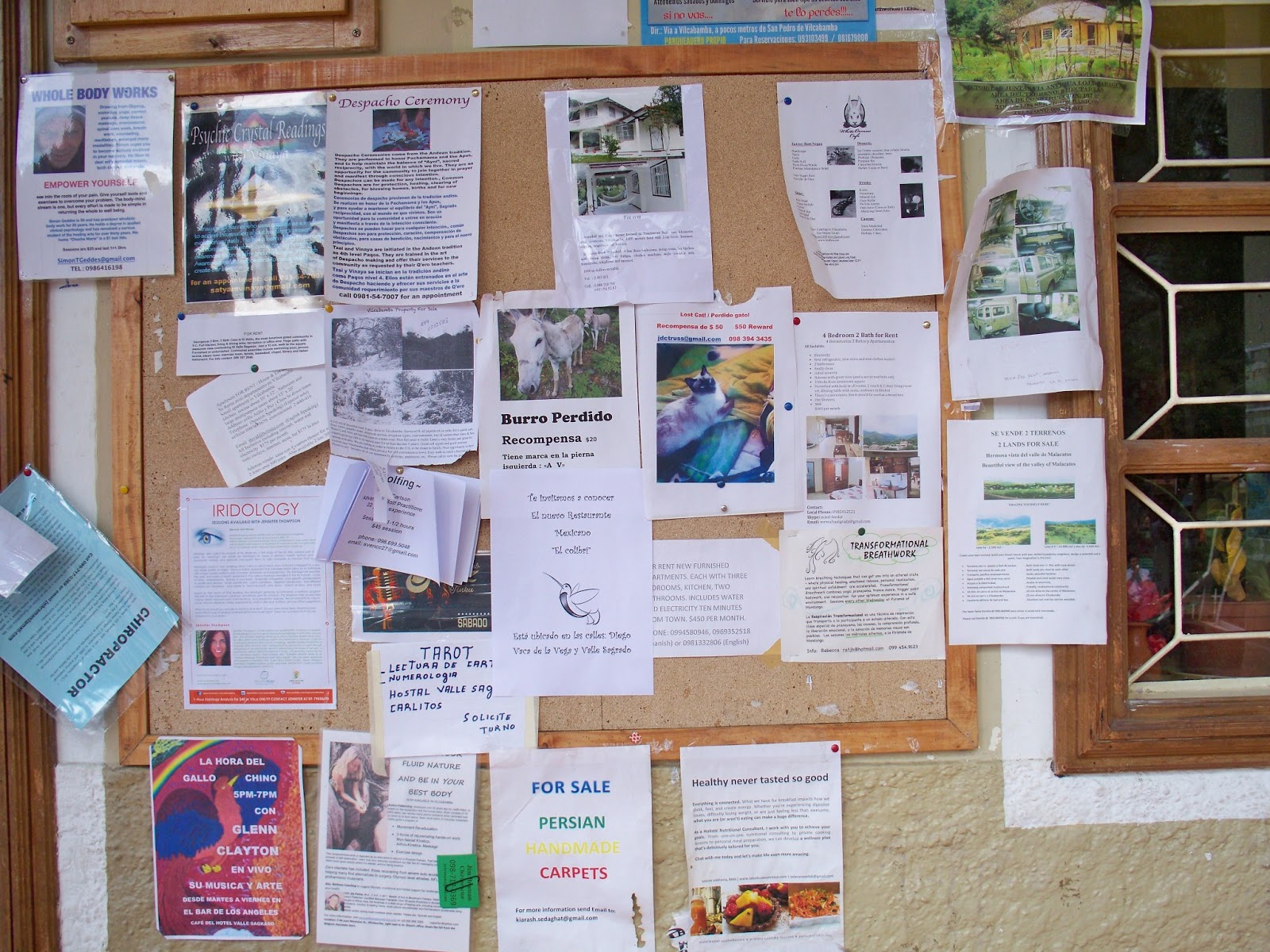 Outside of this restaurant a bulletin board held numerous advertisements of local businesses and lost animal posts.
After eating I explored the side streets and rural parts of Vilcabamba. Many transportation vehicles drive around looking for business. I decided to take a ride in one to explore the outskirts. At one point my transport, along with several other cars were stopped by a group of oxen needing to cross the road to another pasture. The horned animals were massive and moved slowly up the steep hillside. As I traveled further I saw a flowing river that passed alongside Vilcabamba before heading further down the valley. This region is known for it's water, which is said to provide the vitality of the people here.

When I returned to the terminal I crossed paths with a tall man from Denmark named Ralph as I struggled with the office's secretary to purchase a ticket to the small town of Tumianuma (where I am headed to stay on an organic farm). Ralph informed me that the farm's owner is out of town for her birthday and will not be back until Sunday afternoon. He also mentioned that only one bus heads toward the small town I looked for, leaving three, sometimes four times a day.